Last week, our daughter posted a video on Facebook that reached over 9,000 views in two days.

Claire was the main author of the first study of its kind on marine mammals. She and her colleagues at The Marine Mammal Center found that a slow-release antibiotic gel is effective in healing sea lions whose eyes have been injured by human-made problems like oil spills.

She found a career that brings real meaning to her life.

Her love of animals started very early. It didn’t matter if it was a prairie dog, rabbit, sea otter, dachshund, or ibis; she was smitten. She’d cross the street to talk to a dog, bring strays home, and take care of the classroom rodent on the weekends. She convinced us to get a family dog, two guinea pigs, and even a dozen mice, for a short period of time. When the beloved palpation dog in vet school was about to be euthanized, she adopted him.

She is now a wildlife medicine veterinarian, a career that was influenced and nurtured by her father. Long before the Discovery Channel and Animal Planet, they watched shows like Mutual of Omaha’s Wild Kingdom and Sir David Attenborough’s BBC Life Series on animal life around the world. Her father told stories about his time as a Peace Corps volunteer and the animals he encountered in Africa.

This exposure developed a determination, at a very early age, to become a veterinarian. Later, after taking a behind-the-scenes tour with a friend at San Diego’s Wildlife Park, she expressed her desire to focus on wildlife conservation and made that dream a reality before she was 25.

During her earlier years, she often showed her passion. A visit to Orlando had Claire straddling up to a theme character. Notice who she wanted in her picture. 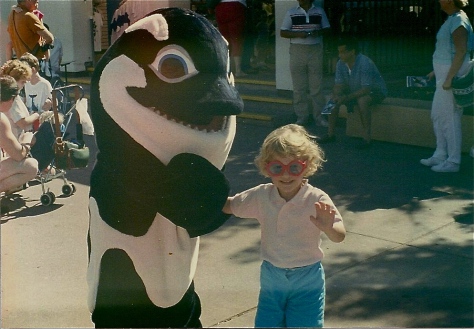 She has since had many adventures working with sea turtles in Turks and Caicos, bonobos in Africa, giraffes at the San Diego Wild Animal Park, and dolphins at SeaWorld. Once, when she was applying for a job, she considered living inside the zoo as a veterinarian. Another time, she had her arm, up to her elbow, in the throat of an anesthetized polar bear.

Today, she takes care of marine mammals working for the National Oceanic and Atmospheric Administration (NOAA) and The Marine Mammal Center (TMMC). 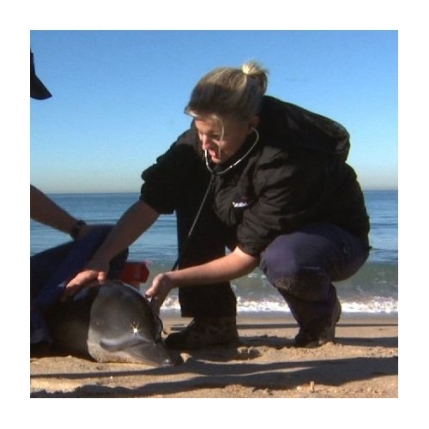 I’m not an expert on what it takes to turn your love into a dream job. I’ve been woefully inadequate in letting my heart’s passion drive my own career. But I have observed the work that has gone into making her career a reality and I know how appreciative she has been to find a job that fills her up. When you align your heart’s desire with meaningful work, it becomes one of the most important accomplishments in your life.

Since we spend so much time at work, taking us away from so many other things we love, it’s important to enjoy the job or believe it serves a broader purpose in society.  If not, then eventually you’ll realize that work isn’t worth the investment of your time. You’ll end up not being as good as you can be doing a job you don’t love. People notice your lack of passion and you will feel it, too.

Here’s what I’ve learned from watching my daughter find her dream career:

If you create a state of mind that keeps you focused on your goal and ask for help, it will come. Claire stayed with family friends for six months, free of charge. If you think that opportunity won’t come your way, change the story in your mind that keeps you from moving forward. Anything can happen. Develop a strategy to get you where you want to go. Build your support system. It is worth everything you have to follow your dream.